We'll provide an overview of what we thought was a pretty epic weekend in the mountains, but before we do, we thought it best to be clear about the relative epic-ness of our trip.

Here are some people we came across in the last week:

First, the hail. Dave was feeling a bit pokey due to his participation in the aforementioned 60th birthday celebration climb and as we slowly progressed toward Cottonwood Lakes, storm clouds moved in, thunder started and the next thing we knew, we were soaked. That's wasn't so bad, because we found a spot to stash our packs, put on our rain gear and have lunch. As our lunch of pita and salmon become dotted in white balls that didn't taste like salt, we looked at eachother, grabbed the tent and began assembling. The hail poured down and melted immediately as it reached the tent -- we weren't fast enough with the rain fly and the whole tent was filled with puddles of water...we were still glad for the shelter because the storm continued for 2 more hours and boy did it pour! 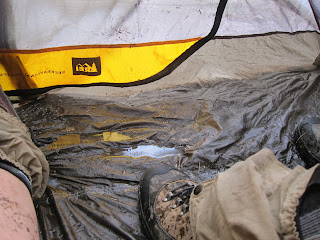 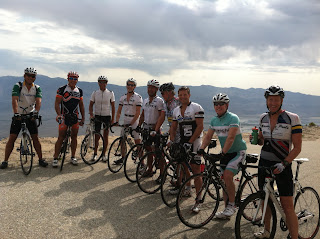 The 22 mile day hike with 5,000 feet of climbing: We drove through Yosemite to get home and decided to retrace a hike that Dave has done a few times -- from Yosemite Valley to Cloud's Rest. You might remember Cloud's Rest from our JMT hike. It was our final night of the hike before descending to Yosemite. Views of Half Dome and the Valley -- an incredible way to end our trip. But, I digress. Perhaps it was those fond memories that motivated me to do this one-day round trip version?

It was worth it. 4 hours 55 minutes up and about the same down (stairs, a wrong trail choice, steep terrain and a bear). Dave finished earlier because he used the cell phone reception on top of Cloud's Rest to check his work email...then, decided he should get back to the Valley for a call. I took my time. 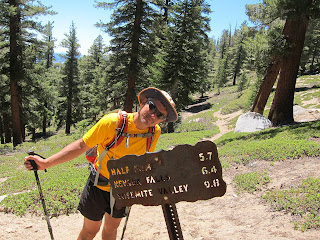 Posted by Elizabeth at 6:37 PM No comments:

We planned a trip out of Cottonwood pretty much spur of the moment this month, but it seems like someone knew we would be there. Today, while reviewing hikes around Cottonwood, I found this site: http://www.hikespeak.com/trails/cottonwood-pass-hike-golden-trout-wilderness/ and the banner photo at the top of the page is us in 2009 at the start of our NB JMT hike! 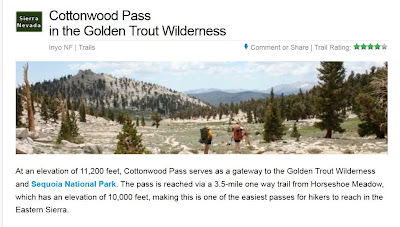 Here's the photo Dave was taking of me as someone was taking the banner shot of us. I can't image why they wouldn't have published this shot as the banner photo on their site (click on the photo to zoom)... 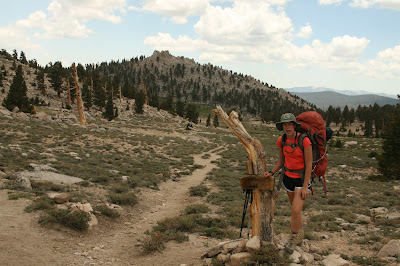 Posted by Elizabeth at 10:40 PM No comments: 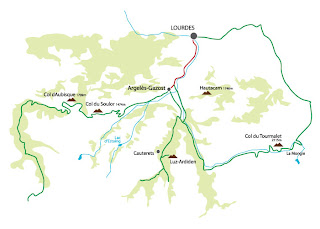 Click Here
Or something similar to this...how long will it take us to train for days of riding that have from 9-11,000 ft of elevation gain each day?

We'll post our training schedule.
Posted by Elizabeth at 5:51 PM No comments:

Photos & the Next Adventure

Photos are ready for viewing. Click here to view.

Dave is currently creating a Blue-Ray DVD of our adventure as well. Will you see us sometime soon? If so, you might enjoy the DVD version.

What's next? Well, climbing Half Dome in September with Alexa and Eric. But, that's not what you had in mind is it? Here are our top picks for upcoming adventures. Click on 'Comment' below to let us know your vote (you can be anonymous if you please):

It happened. We returned to the noise, constant movement and highly distractible environment of daily life. And, two dented cars. Alexa hit something with the Prius (Ryan pretty much fixed it before we came home) and my car was involved in a hit and run on a quiet Los Gatos street (I don't think Ryan will be able to fix this one)...What a contrast!

Gone are the perfectly still nights, feeling like you might be the only people to experience an incredible view, and a star filled sky to enjoy just before you fall asleep. We were continually amazed that we could look so far in the distance at a mountain and then hike over it that same day. Today, walking to Peets, we looked at the hills of Skyline Blvd and decided we could definitely walk there before lunch!

We're working through the photos and will have them posted in the next few days. There will also be a slide show complete with our personal commentary if you live close by and would like to hear about the trip in person!
Posted by Elizabeth at 9:18 PM No comments: